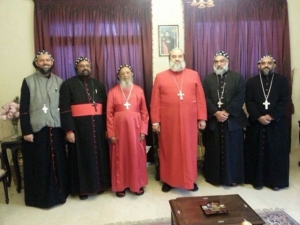 His Holiness Patriarch Aphrem II received His Beatitude and the accompanying delegation in the patriarchal residence in Atchaneh, Bikfaya – Lebanon. His Eminence Mor Timotheos Mattew, Patriarchal secretary for Indian affairs was also present.They discussed the affairs of the church in India. They also exchanged about peace and reconciliation between churches there as well as the details of the apostolic visit to India that His Holiness will make next year. 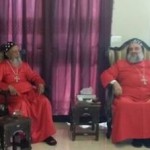 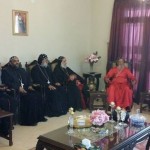