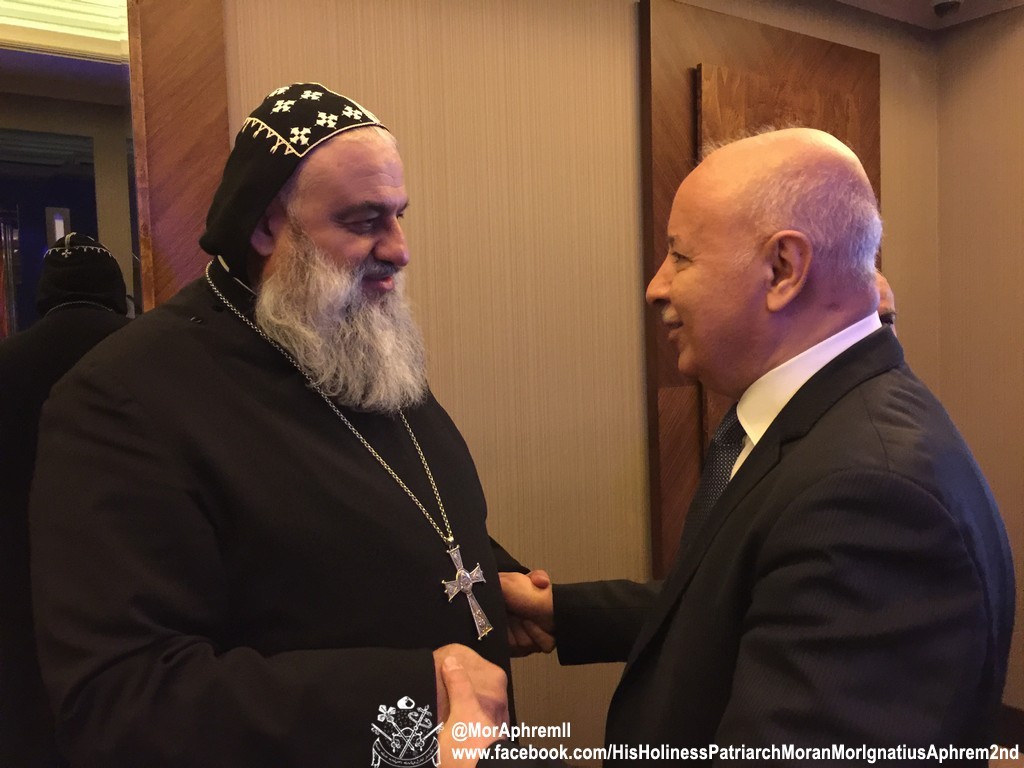 During his visit to Erbil, His Holiness Patriarch Mor Ignatius Aphrem II held a meeting with the newly installed Assyrian Patriarch and the committee of the Assyrian Church of the East that deals with the Inter-Churches Affairs. The two patriarchs and the respective delegations discussed the current situation of Christians in the Middle East and the ways to strengthen our stand and have a common position towards the policies that are applied against Christians in the Middle East.

His Holiness also met with a delegation from the “Assembly of Eastern Christians” headed by Mgr. Samir Mazloum, Dr. Fouad Abi Nader, and Rev. Nabil Maamarbashi. They discussed the problem of forced migration and expulsion that the Eastern Christians are subject to. They condemned the persecution and killing of Christians as well as the terroristic attacks that force Christians to flee from their own homeland. They demanded that all trespasses and attacks on civilians must be stopped and all properties seized unjustly and forcedly must be returned to their lawful owners.

His Holiness also received Mr. Khalid Alber Talya, head of Protocol at the Prime Minister Office in the Government of Kurdistan.

Moreover, His Holiness met with a delegation from the World Council of Churches (WCC) who expressed their concerns about the situation of Christians in the Middle East.

His Holiness asked the Churches worldwide to show solidarity with the suffering Christians in the Middle East and to support them to be able to stay in their countries.