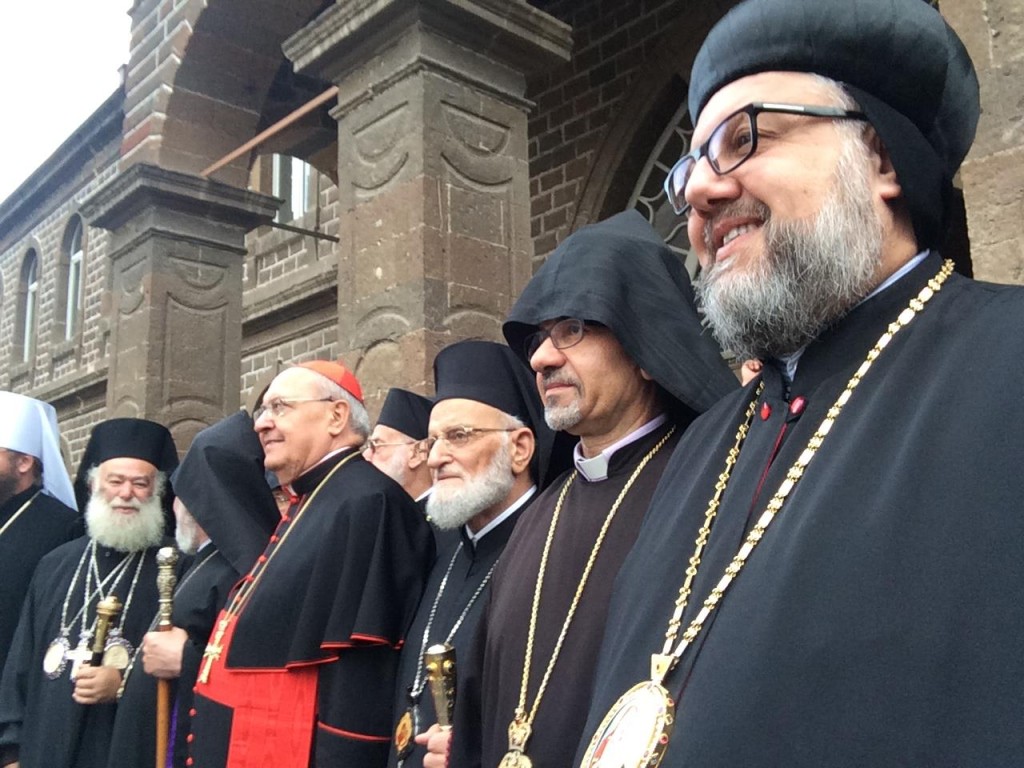 Upon the official invitation of the Apostolic Armenian Church, His Holiness Patriarch Mor Ignatius Aphrem II delegated His Eminence Mor Clemis Daniel Kourieh, Metropolitan of Beirut, and His Grace Mor Maurice Amsih, Director of Public Relations and Protocol, to represent the Syriac Orthodox Church of Antioch and participate in the celebrations and festivities of the consecration of the Holy Myron in Etchmiadzin.

His Eminence and His Grace conveyed the fraternal greetings and prayers of His Holiness Patriarch Aphrem II to His Holiness Karekin II, Supreme Patriarch and Catholicos of All Armenians and to all the Metropolitans and Bishops of the Mother See of Holy Etchmiadzin.

His Eminence Mor Clemis read the message sent by His Holiness Patriarch Aphrem II on the occasion of the centennial commemoration of the 1915 Genocide, and the consecration of the Holy Myron.

The consecration ceremony was attended by many heads of churches, state representatives and religious leaders. It was followed by a visit to the Genocide Memorial where a wrath of flower was laid in their memory.