Ecumenical Prayer: Opening of the Week of Prayer for the Unity of Christians 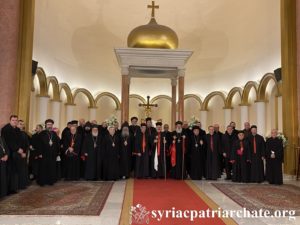 During the prayer, the choir of the cathedral performed several chants and hymns. Then prayers were raised for the unity of the Church and for peace to reign in the hearts of all humans that they may be one as God: the Father, Son, and Holy Spirit, is One.